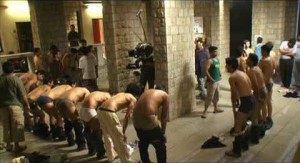 Ragging as we all know, is social interaction between seniors and juniors in schools and colleges. An interaction which can take very brutal, inhuman and anti-social form at times. Even some of the highly reputed colleges and institutions have a terrible history of ragging. Some states in India have their own legislations on ragging. Some states which do not have their own legislation on ragging and therefore the ragging laws in these states are in accordance with the central legislations on ragging.

Quickly Find What You Are Looking For